It was announced today that Scranton/Wilkes-Barre jamgrass group Cabinet and one-man jam band Keller Williams will perform together at the Circle Drive-In Theatre in Dickson City on Saturday, Aug. 29. Like the previously announced Aaron Lewis concert coming up on Aug. 30, this show will be live and not just a pre-recorded event shown on […]

Whether you’re staying safely at home or venturing outside this summer, Scranton/Wilkes-Barre jamgrass group Cabinet has a live concert experience for you. This weekend, the band will play two back-to-back webcast shows from Ardmore Music Hall in suburban Philadelphia that will be live streamed via nugs.tv. This first on Friday, June 26 will be a […]

When bands utter the words “indefinite hiatus,” it usually means the end of new music and live shows – and possibly the band itself. For Cabinet, however, it just meant slowing things down for a while. The Scranton/Wilkes-Barre jamgrass group hasn’t toured since they decided to step back at the end of 2017, but they’ve […]

Scranton/Wilkes-Barre jamgrass band Cabinet headlined the Grateful Get Down 4 in Biglerville near Gettysburg last month, but if you missed their only music festival performance of 2019, you’re in luck – they’ve announced a special show with New Jersey roots rock/Americana jam band Railroad Earth on Saturday, Aug. 31 at the Pat Garrett Amphitheater in […]

While they have officially been on hiatus for a little over a year, popular Scranton/Wilkes-Barre jamgrass band Cabinet still gets together here and there for their faithful fans. They reunited for a celebrated set at the 2018 Peach Music Festival, but it seems that they won’t be returning to Montage Mountain in Scranton this year. […]

From a press release: Two folk/Americana/jam musicians known for their bands and their nicknames – Patrick “Pappy” Biondo and Brian “Nugget” Gorby – have teamed up to blend groove and tradition as Kick & Banjo. Formerly with Scranton/Wilkes-Barre’s Cabinet and the Hackensaw Boys from Virginia, respectively, they are uniquely qualified to perform this music. Playing […]

From a press release: Regulars of both the Peach Music Festival and Camp Bisco in Scranton, jam band Twiddle will return to the Sherman Theater in Stroudsburg on Friday, April 19 at 9 p.m. with fellow Peach Fest alum Gatos Blancos. Gatos Blancos, who made their hometown area debut at the River Street Jazz Cafe […]

While the Peach Music Festival in Scranton was billed as Cabinet’s only show of 2018, the popular Scranton/Wilkes-Barre jamgrass band has announced that they’ll squeeze one more concert in just before the end of the year on New Year’s Eve. Cabinet will headline a “New Year’s Eve Extravaganza” on Monday, Dec. 31 at the Clarion […] 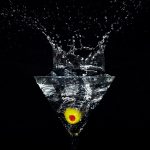