From a press release: Today, Governor Tom Wolf and Lt. Governor John Fetterman called on the legislature to take up the legalization of adult-use cannabis to help with the state’s economic recovery amid COVID-19. Legalization will also create more outlets for important restorative justice programs in the commonwealth. “Now more than ever, we see a […]

From a press release: Created by comedians and friends Shawn Wickens and Lex Morales, the Stoner Morning Show gives the audience everything a traditional local morning news show does – headlines, sports scores, weather forecasts, human interest stories, and more. But since these inept “stoner” hosts have slept in, the show happens at night and […]

From a press release: Following their European tour earlier this year, Cannabis Corpse – a death metal group from Virginia whose music references both smoking pot and one of the most brutal bands of all time, Cannibal Corpse – will bring their current U.S. tour to the Irish Wolf Pub in downtown Scranton on Friday, […]

From press releases: Governor Tom Wolf’s administration announced today that Pennsylvania Medical Solutions, a subsidiary of Vireo Health, has been approved by the Pennsylvania Department of Health to begin medical marijuana production in Scranton in the city’s first medical marijuana facility. “We thank Governor Wolf and his administration for providing us with the opportunity to […]

Beer: Homebrew Brewery: ? Style: New England IPA Age: 2017 ABV: 6.70% Recorded for science (and 4/20), this review is very different from what we usually do here on MBR. This New England-style IPA is a homebrew with liquid THC added during the fermentation process for a weedy brew unlike anything we’ve imbibed before. As […] 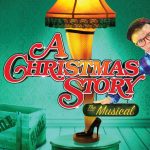