From a press release: Monster Energy Rock Allegiance returns to Talen Energy Stadium (formerly PPL Park) in Chester, just outside Philadelphia, on Saturday, Sept. 17 and Sunday, Sept. 18 with a lineup of over 35 bands on three stages, led by Avenged Sevenfold and Alice in Chains, along with Wilkes-Barre’s Breaking Benjamin, Slayer, The Offspring, […] 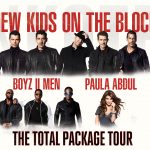