From a press release: Sparked with creativity and plenty of holiday cheer, downtown Scranton business and property owners are preparing for the annual Holiday Window Decorating Showcase, on display this Friday, Dec. 6 for the First Friday art walk through Friday, Jan. 3, 2020. More than 50 storefronts will be featured in this year’s competition. […]

From a press release: The Gaslight Theatre Company will present its eighth and final installment of their annual “Playroom” series on Thursday, Dec. 12 through Saturday, Dec. 21 at King’s College in Wilkes-Barre, culminating in nine holiday-themed plays chronicled as “Playroom: Home for the Holidays.” The series, created by playwright and former artistic director/board member […]

From a press release: The Music Box Dinner Playhouse in Swoyersville will present Harry Connick Jr.’s holiday musical “The Happy Elf,” beginning Saturday, Nov. 30 and running through Sunday, Dec. 15. Director Jim Williams of Dunmore said “The Happy Elf” is about a Christmas Eve miracle. When Eubie, the self-proclaimed “happy elf” in Santa’s workshop, […]

Since reuniting for the first time in eight years in 2018 (and only the second time since breaking up in 2003), Wilkes-Barre hard rock band Lifer has surprised local music fans by jumping from the nu metal era to the present with a handful of concerts, including “A Not-So-Silent Night” Christmas show last December at […]

From a press release: Following five successful years of touring and more than 500 performances, the “most famous reindeer of all” from the longest-running and highest-rated holiday television special will fly into the F.M. Kirby Center in Wilkes-Barre with the critically acclaimed “Rudolph the Red-Nosed Reindeer: The Musical” on Wednesday, Dec. 4 at 6:30 p.m. […]

From a press release: Fans of Karen and Richard Carpenter can celebrate the holiday season with Merry Christmas Darling: Carpenters’ Christmas, a live musical event coming to the Keystone Grand Ballroom of Mohegan Sun Pocono in Wilkes-Barre on Sunday, Dec. 8. Starting at 3 p.m., this holiday show for all ages brings the charming Carpenters’ […] 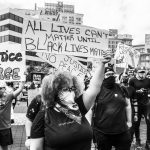 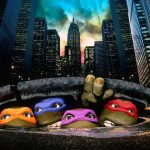