From a press release: It was announced today that America’s beloved sibling entertainers Donny and Marie Osmond will bring holiday cheer to the Sands Bethlehem Event Center with a concert on Wednesday, Dec. 5 at 7 p.m. Tickets, which are $59.50, $69.50, and $79.50, plus applicable fees, go on sale this Friday, Aug. 10 at […]

From a press release: The Lackawanna Historical Society will host their annual Holiday Open House on Friday, Dec. 8 at 7 p.m. at their headquarters, the Catlin House in Scranton. Stop by to see traditional Christmas decorations and enjoy wassail and sweet treats, stories, crafts, and music. This year, the Society will feature a special […]

From a press release: The official lighting of the Lackawanna County Christmas tree will be held on Thursday, Nov. 30 at 6 p.m. at the flag plaza on North Washington Avenue on Courthouse Square in downtown Scranton. The festive event will offer refreshments, carols, and a lot of holiday fun. According to the Lackawanna County […] 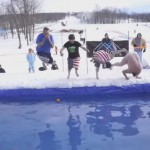 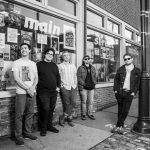