From a press release: “The Masked Wrestler,” an original television series made in collaboration with Independent Wrestling TV and Coal Creative, will begin filming in Wilkes-Barre on Thursday, Aug. 27. “The Masked Wrestler” disguises the identities of eight of today’s top independent professional wrestlers in a single-elimination tournament to determine who will be crowned “The […]

From a press release: Creative individuals from across Northeastern Pennsylvania will gather at the Wilkes-Barre THINK Center on Tuesday, Aug. 20 from 5 p.m.-7 p.m. for the next NEPA Creative meetup. Presented each month by Internet marketing company Coal Creative and Wilkes-Barre Connect, an extension of the Greater Wilkes-Barre Chamber of Commerce, the free event […]

The streets of downtown Wilkes-Barre are quiet and subdued on Nov. 3, but on the eighth floor of the Luzerne Bank Building on Public Square, the energy in the Coal Creative office is as electric as the bright marquee lights of the F.M. Kirby Center next door. The recently renovated office space serves as a […] 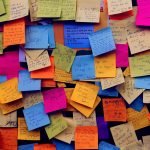 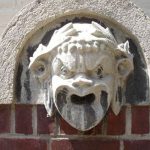