From a press release: Community theatre group Actors Circle will present the classic play “Pygmalion,” a romantic comedy by George Bernard Shaw that was later adapted into the musical “My Fair Lady,” at the Providence Playhouse in Scranton on Thursday, April 25 through Sunday, May 5. Directed by Cathy Rist Strauch of Clinton Township, “Pygmalion” […]

From a press release: Community theatre group Actors Circle will present award-winning playwright, poet, and essayist Sarah Ruhl’s comedy “The Clean House” at the Providence Playhouse in Scranton on Thursday, March 21 through Sunday, March 31. Directed by Eric Lutz, well-known for his many and varied performances in local theater groups, this romantic comedy is […]

From a press release: The Music Box Dinner Playhouse in Swoyersville will present the Tony Award-winning musical comedy “Company” beginning Friday, March 8 and running through Sunday, March 24. The concept musical composed of short vignettes, with music and lyrics by Stephen Sondheim (“Sweeney Todd,” “Into the Woods,” “A Funny Thing Happened on the Way […]

From a press release: The famous magician Mac King is playing hooky from his long-running comedy magic show in Las Vegas to come to The Theater at North in Scranton for one night only on Saturday, Feb. 16 at 7 p.m. Doors at The Theater at North (1539 N. Main Ave., Scranton) open at 6:30 […]

From a press release: Community theatre group Actors Circle continues its 37th season with the comedy “A Bad Year for Tomatoes” by Pulitzer Prize and Tony Award-winning playwright John Patrick at the Providence Playhouse in Scranton on Thursday, Oct. 25 through Sunday, Nov. 4. Directed by Art Walsh, the show is a lighthearted farce in […]

From a press release: It was announced today that award-winning comedy legends Steve Martin and Martin Short will reunite for a unique show called “Now You See Them, Soon You Won’t” at the Mohegan Sun Arena at Casey Plaza in Wilkes-Barre on Friday, Feb. 15, 2019 at 8 p.m. In this special performance, Martin and […]

From a press release: Act Out Theatre Group will present “The Addams Family” in the company’s new home in Dunmore from Friday, Oct. 19 through Sunday, Oct. 28. Artistic Director Dan Pittman of Plymouth leads this cast of workshop participants ages 13-18 through a musical comedy that is sure to have audiences laughing. “’The Addams […] 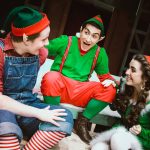 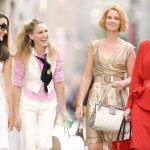