Born on Sept. 24, 1900 (though some records say 1901), Hammond Edward Fisher – better known simply as Ham Fisher – was a cartoonist from Wilkes-Barre famous for creating the comic strip “Joe Palooka.” While this classic comic of the fictional heavyweight boxing champ isn’t as well-known today, it was huge in the 1930s all […] 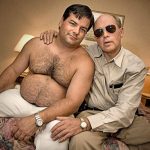