The Scranton Comic Book Convention will return to the Radisson Lackawanna Station Hotel on Sunday, May 15 from 10 a.m.-4 p.m., attracting writers, artists, cosplayers, dealers, and some colorful characters to downtown Scranton. Guests will include Darren Auck (veteran illustrator for Marvel Comics, including “Hulk vs. Thing,” “Ren & Stimpy,” “Rocko’s Modern Life,” and “What […]

From a press release: The Pocono Comic Expo, the only pop culture experience in the Pocono Mountains, is scheduled for Saturday, April 23 from 9 a.m.-9 p.m. at the Shawnee Inn and Golf Resort (100 Shawnee Inn Dr., Shawnee on Delaware). Dedicated to creating awareness and appreciation for all things comic books and pop culture, […]

From a press release: Hello, McFly! From the “Back to the Future” franchise to TV hits like “Family Ties” and “Spin City,” Michael J. Fox has thrilled, touched, and moved millions with his performances, as well as his commitment to the campaign for increased Parkinson’s disease research. Lea Thompson, who portrayed Marty’s mother in the […]

The Scranton Comic Book Convention is set to return to the Radisson Lackawanna Station Hotel on Sunday, Nov. 15 from 10 a.m.-4 p.m., attracting writers, artists, cosplayers, dealers, and some colorful characters to downtown Scranton. Guests will include Jared Brown (artist at Darkstream Studios), Greg LaRocque (writer/artist of “The Flash,” “Web of Spider-Man,” “The Amazing […]

It isn’t easy choosing what your first – or next – tattoo will be, and it can be even more difficult to choose an artist to tattoo you. Events like the Electric City Tattoo Convention make this decision a bit easier, allowing attendees to view the work of over 140 artists from many different states […] 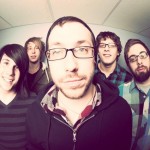