From a press release: Residents of Lackawanna County will once again be able to relax on Courthouse Square and watch a variety of free, family-oriented films on a giant inflatable screen along North Washington Avenue as Scranton Tomorrow’s downtown movie series kicks off its eighth season this Thursday, July 26. The movies, which begin after […]

Singer, songwriter, pianist, and composer Bob Dorough may not have been born in Northeastern Pennsylvania, but he was well-known and well-loved in the many years he spent here. Dorough died of natural causes yesterday in his home in Mount Bethel at the age of 94, leaving behind a legacy that includes many classic “Schoolhouse Rock!” […]

From a press release: Lackawanna County, Community Care, and the Northeast Behavioral Health Care Consortium will host a free public screening of “The Anonymous People,” a feature documentary film about the over 23 million Americans living in long-term recovery from alcohol and other drug addiction, on Thursday, Sept. 8 on Courthouse Square (200 N. Washington […]

From a press release: Master Rick Harsche, owner and instructor of Elite Martial Arts/Royals Karate, will host a free community self-defense class on Wednesday, Aug. 10 on Courthouse Square in downtown Scranton. The program will be held weather permitting. The session is open to men and women of all ages, and no prior training in […] 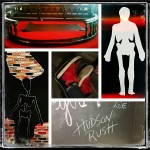