The two young brothers in hard rock band Breach the Barrier have formed a brutal new side project aptly named Brotality, but instead of covering another metal band for their first music video, they’ve done something quite different. Putting their own aggressive spin on “Watch Me (Whip/Nae Nae),” the 2015 debut single from another young […] 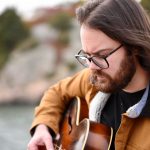