From a press release: The riff monsters in Crobot conjure up the kind of rock ‘n’ roll that has grooves so powerful they throw you around the room and hooks high enough to shake the heavens. They take the sweet-sounding nectar of the gods and pour it down your throat until you’re wailing along like […]

From a press release: Today, Pottsville hard rockers Crobot are looking forward to “Better Times,” the first single from their next studio album of dirty groove rock called “Feel This.” “No need to search any further, Beardos. ‘Better Times’ are here to stay!” singer Brandon Yeagley said, addressing the loyal fans they call “Beardos.” “You […]

Nick Coyle, a solo artist from Berwick as well as the singer of Wilkes-Barre nu metal band Lifer and guitarist/backing vocalist of Cold, is back with a new entry in his all-star “Corona Sessions” series, this time bringing in even more local artists for a quarantine jam with past and present members of Crobot, Breaking […]

The coronavirus pandemic has forced musicians to get creative while in quarantine, leading to some fun online collaborations that may not have happened otherwise. Anthrax drummer Charlie Benante has been teaming up with some of his heavy metal friends to record videos for his YouTube channel, with everyone participating safely from home. Some of those […]

From a press release: After signing with Mascot Label Group last year and releasing two new music videos this year, Pottsville groove rock band Crobot is finally ready to debut their third full-length studio album, “Motherbrain,” with a string of release shows that kick off next week. The short run begins with two nights in […]

Pottsville heavy groove rockers Crobot have always been a very visual band, from their 1960s-inspired look that pairs with their sound to their striking album and merch artwork to the trippy visualizers they made to go along with their music, and sci-fi stories are embedded in many of their lyrics, so it’s no surprise that […] 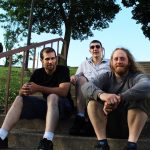 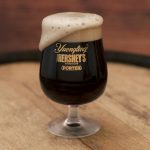