After being closed for nearly a month, The V-Spot in North Scranton is reopening this weekend with live music and, as co-owner Vinnie Archer puts it, “gratitude.” On New Year’s Eve, the roof of the bar caught fire while it was being repaired for minor leaks. While no patrons were inside yet and no one […]

Scranton singer/songwriter Dan Copes is known as one of those genuine people that brightens every room he enters, whether he’s playing music with his band The Dank Hopes Project or just striking up a friendly conversation. That’s why his recent cancer diagnosis has hit the local music scene particularly hard, so family, friends, and fellow […]

From a press release: Long after the director yells “Cut!” on any film, there’s still plenty of post-production work to do, and that work requires funding. To finish a movie written, filmed, and set in Northeastern Pennsylvania, a local filmmaker is asking for tax-deductible donations via Kickstarter to make her vision a reality before time […] 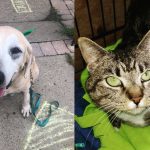