From a press release: A 501c3 nonprofit organization is working to brighten the small town of Lansford in Carbon County with a new mural that will be placed on Patterson Street on Route 209. Lansford Alive has teamed up with the Northeast Art Project, a Scranton-based mural company, to bring this project from an early […]

Two families lost everything in a fire that destroyed their apartment building in Ashley in Luzerne County early Sunday morning. Unfortunately, one of them was the family of Nick Brandolino, better known to local music fans as Nick Necro, vocalist of Wilkes-Barre “grave rock” band The Curse of Sorrow. Six different fire departments fought the […]

For years, Wilkes-Barre residents Mikki St. Pierre and Jeffery Mushell have heard locals complain that “the scene sucks” and “there’s no place for kids to go,” so instead of joining the cranky chorus, they’re doing something about it. By August of this year, they’re planning to open Keystone Rampworks, LLC, a “sports and recreation complex […]

A few months ago, NEPA Scene featured Bane, a cute little French bulldog, in our weekly Shelter Sunday post highlighting adoptable pets. He’s like many of the dogs at Blue Chip Farm Animal Refuge in Dallas – sweet, lovable, affectionate, playful – except for one noticeable difference – he has lost the use of his […]

From a press release: NeighborWorks Northeastern Pennsylvania, which provides services that promote affordable housing and home ownership throughout NEPA, is looking for 92 volunteers to take fundraising to bold new heights this summer, specifically 146 feet to nearly the tip-top of the 165-foot Bank Towers building in downtown Scranton. Will you be one of them? […] 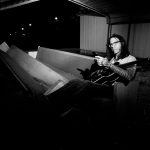 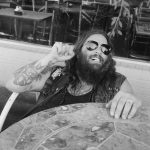