From a press release: First active in 1999 and the early 2000s, the Wilkes-Barre-based hard rock band Lifer is reunited and entering a very different decade in the new music video for their latest single “Hate Me, Love Me” that explores the polarizing, and often harrowing, nature of social media. According to vocalist Nick Coyle, […] 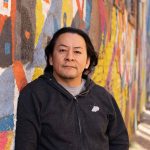