From a press release: Due to popular demand, the high-energy “Disney Junior Dance Party on Tour” has added a second show at the F.M. Kirby Center in Wilkes-Barre on Friday, April 27 at 3 p.m. The first show announced last year is at 6 p.m. on April 27. Tickets for the 3 p.m. show, which […]

From a press release: Philadelphia’s premier neo-burlesque troupe, the Peek-A-Boo Revue, will take over the Mauch Chunk Opera House in Jim Thorpe with their feisty and festive Holiday Tease-A-Thon on Saturday, Dec. 16. Doors open at 7 p.m., and the show begins at 8 p.m. Tickets, which are $25, can be purchased on the Opera […]

From a press release: Launching this March in Southern California, the high-energy “Disney Junior Dance Party on Tour” will perform 50 shows across the country, including a stop at the F.M. Kirby Center in Wilkes-Barre on Friday, April 27, 2018 at 6 p.m. The interactive concert tour inspired by Disney Junior television shows includes songs […]

With four frightening horror attractions spread over 65 acres in Scranton, delivering 90 minutes of terrifying entertainment to thousands of people, the cost to run and maintain Reaper’s Revenge Haunted Attraction, dubbed “America’s best haunted attraction,” every fall must be pretty high. To raise funds for the attraction’s talented makeup team, whose work seems to […] 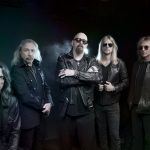