From a press release: Today, it was announced that the Monster Energy Outbreak Tour is celebrating the return of live, in-person music performances with a COVID-safe electronic music tour headlined by dubstep’s newest superstar, Subtronics. Beginning in April, the Philadelphia DJ/producer will hit the road for an ear-shattering run covering 11 markets over 19 dates […]

From a press release: Last year, concert promoters had to get creative and find alternative venues that could safely host events during the pandemic. The Scranton area soon became one of the few destinations for live entertainment in the Northeast as DamnMillennial Promotions and Stage West booked socially distanced outdoor shows at the Circle Drive-In […]

From a press release: Following a sold-out opening weekend earlier this month, Stage West in Scranton announced today that its “Pavement Rave” series of live DJs and electronic artists will return to the parking lot of Montage Mountain Waterpark in Scranton with dubstep producer Peekaboo on Saturday, Sept. 5 with opening acts TVBOO, Sully, and […]

From a press release: Today, Stage West in Scranton announced that it will host a “Pavement Rave” series of live DJs and electronic artists in the parking lot of Montage Mountain Waterpark in Scranton, starting with two nights headlined by Philadelphia dubstep producer Subtronics on Friday, Aug. 7 and Saturday, Aug. 8. On Night 1, […] 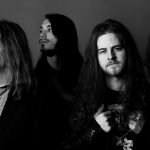 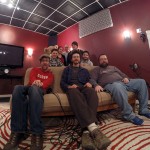