Rocky Balboa, the fictional boxer created and played by Sylvester Stallone in a long-running film franchise, has inspired many to pursue their dreams, but none have followed in the Italian Stallion’s footsteps quite like West Scranton native Mike Kunda. From his childhood into adulthood, he has always wanted to be Rocky, but how does one […] 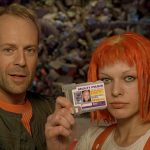