With the pandemic limiting travel over the holiday season, many Americans will be settling in front of the television to watch their favorite holiday movies, along with their favorite drink – a cup of hot apple cider or a glass of wine – to add some cheer. Holiday movies have become an essential part of […]

From a press release: Jenny Nguyen, a senior Multimedia Communication major at Marywood University in Scranton, was recently awarded first place for her short documentary, “Saigon’s Daughter,” at the 2020 College Media Association Film and Audio Festival. The documentary features the story of Nguyen’s mother, Thao Thi Pham, and her journey from Vietnam to America […]

From a press release: Light up your holidays and join Christmas’ favorite couple, Ellen and Clark Griswold, for a virtual salute to the holiday classic “National Lampoon’s Christmas Vacation” on Saturday, Nov. 28. The F.M. Kirby Center in Wilkes-Barre announced today that Chevy Chase (Clark) and Beverly D’Angelo (Ellen) will lead audiences through a special […] 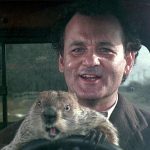