La Festa Italiana in Scranton canceled due to coronavirus concerns

First it was the Scranton St. Patrick’s Parade – then the coronavirus came for the Italian Festival. This morning, Lackawanna County and festival organizers announced that La Festa Italiana, scheduled for Sept. 4-7 on Courthouse Square in downtown Scranton, has been canceled. The massively popular Labor Day weekend event typically brings more than 80 food […]

After the Scranton VegFest was canceled about a month before its inaugural event, a different event with different organizers has emerged to take its place – the NEPA Vegfest. The first-time event is “based on promoting compassion, health, and wellness in our community” and “will include craft vendors, plant-based food, speakers, cooking demos, music, yoga, […]

From a press release: The ever-popular La Festa Italiana will return on Labor Day weekend – Friday, Sept. 1 through Monday, Sept. 4 – for its 42nd year on Courthouse Square in downtown Scranton. More than 80 vendors will be offering great Italian food, and continuous live entertainment will be featured on multiple stages around […]

After being announced in February, the first Scranton VegFest has been canceled a little over a month before its inaugural event. Set for Sunday, Aug. 13 at the Co-op Farmers Market in Scranton, the festival planned to not only feature vegetarian and vegan food, but all aspects of that lifestyle, including physical fitness and health, […]

From a press release: The fourth annual Edwardsville Pierogi Festival, an event that kicks off the summer season with Northeastern Pennsylvania’s favorite Polish dish, will be held on Friday, June 9 from noon-10 p.m. and Saturday, June 10 from 10 a.m.-10 p.m. Featuring 25 homemade food vendors and 40 non-food vendors on Main Street and […]

From a press release: It’s Garden State lobster rolls vs. Philly hoagies and tasty tacos battling mouth-watering empanadas, as the Food Truck Border Brawl presented by Provident Bank returns to the PNC Plaza at the SteelStacks in Bethlehem on Saturday, June 10. The event at the PNC Plaza (645 E. 1st St., Bethlehem), which attracted […]

La Festa Italiana and other Scranton food festivals have their vegetarian options, but now the city is getting a festival free of meat and full of leafy green alternatives. The inaugural Scranton VegFest was announced on Wednesday with a video by RizeOptix posted on the festival’s new Facebook page explaining how the idea came together […] 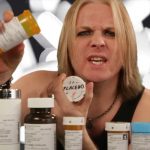 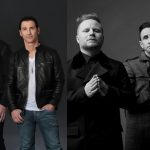