From a press release: Award-winning Nashville country singer/guitarist and prolific songwriter Chris Stapleton will bring his All-American Road Show with special guests Margo Price and Brent Cobb to the Giant Center in Hershey on Thursday, Aug. 10 at 7 p.m. Tickets, which are $38.60 and $73.60, plus fees, go on sale next Friday, Feb. 24 […]

From a press release: Responsible for some of rock ‘n’ roll’s most enduring anthems, including “Juke Box Hero,” “Feels Like the First Time,” “Urgent,” “Head Games,” “Hot Blooded,” “Cold as Ice,” “Dirty White Boy,” “Waiting for a Girl Like You,” and the worldwide No. 1 hit “I Want to Know What Love Is,” Foreigner continues […]

From a press release: Heavy rock bands Five Finger Death Punch and Shinedown will bring their massive co-headlining fall arena tour to the Giant Center in Hershey on Friday, Dec. 2 at 6 p.m. Joining them as special guests will be Sixx:A.M. and U.K. newcomers As Lions. Tickets, which are $41.60, $46.60 and $51.60, plus […]

From a press release: Elton John and his band will return to Hershey for one performance at the Giant Center on Friday, Sept. 23 at 8 p.m. as part of a nine-city concert tour that will feature iconic hits and classic album tracks from throughout his incredible five-decade career, as well as selected tracks from […] 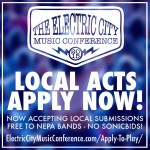 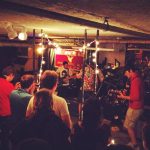