From a press release: Turner Classic Movies and Fathom Events’ fourth annual TCM Big Screen Classics series, which was set to run all year in movie theaters across the country, had to skip a few months due to the coronavirus pandemic, but it’s back with 60th anniversary screenings of “Psycho” on Sunday, Oct. 11 and […]

From a press release: Known for their sophomoric humor, theatrical performances, crazy costumes, and intentionally crude musicianship, Green Jellÿ will invade Scranton once again for a special Halloween concert on Saturday, Oct. 31 at The Place, a music venue inside The Marketplace at Steamtown. As NEPA Scene reported back in June, The Place is moving […]

From a press release: After a one-year hiatus, the Downtown Wilkes-Barre Ghost Walks will return in October, just in time for Halloween. The Luzerne County Historical Society will once again host the popular guided tours on Friday, Oct. 23 and Saturday, Oct. 24, with eight tours running each night. Walk through the downtown historic district […]

From a press release: The Lackawanna Historical Society’s “Scranton After Dark” haunted walking tours prove that truth is scarier than fiction. Stroll around downtown Scranton as the society tells true tales of mayhem and mysterious happenings at some of your favorite places. Tours will be given on Friday evenings on Sept. 25, Oct. 2, Oct. […]

​From a press release: Fall is here, which brings cool weather, darker nights, and fun frights. Lakeland Orchard & Cidery in Scott Township will open its brand new Halloween Light Show this Friday, Sept. 18. Drive the mile-long trail through the orchard and be dazzled by over 50,000 lights until Sunday, Nov. 1. Spooky scenes […]

From a press release: Rapper, entrepreneur, and record executive Rick Ross, who recently released a new hit album, has been added as the headliner of “Halloween Massacre 2” at the Mohegan Sun Arena at Casey Plaza in Wilkes-Barre Township on Thursday, Oct. 31 at 7 p.m. Announced back in August, the show presented by Cruz […]

From a press release: One of the biggest Halloween parties in Northeastern Pennsylvania is back by popular demand. The Boo Bash returns to Mohegan Sun Pocono in Wilkes-Barre on Saturday, Oct. 26 from 8 p.m.-11 p.m. Held in the Keystone Grand Ballroom in the Convention Center at Mohegan Sun Pocono (1280 Highway 315, Wilkes-Barre), DJae […] 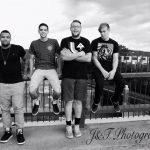