From a press release: A rare event will take place in Jim Thorpe on Saturday, March 17. A blue moon or, in this instance, a green moon will occur – the stars have lined up to place Saint Patrick’s Day on a Saturday, which will be paired with a high-energy performance by the Celtic rock […]

From a press release: Beer Boys, the popular Wilkes-Barre bar and restaurant that features the area’s largest draft selection with 72 beers on tap, will be celebrating 18 years in business with 18 special brews from Tröegs Independent Brewing in Hershey on Saturday, Jan. 20, starting at 2 p.m. With year-round, seasonal, limited release scratch […]

From a press release: After releasing a brand new album in July, Harrisburg Celtic rock band Kilmaine Saints will hold a Halfway to St. Patrick’s Day Celebration at the Mauch Chunk Opera House in Jim Thorpe on Friday, Sept. 15 at 8 p.m. Tickets, which are $15, can be purchased on the Opera House website, […]

From a press release: 1990s rock bands Fuel, Marcy Playground, and Dishwalla are hitting the road this summer for the Rockin’ Road Trip ’17 Tour, which stops at Penn’s Peak in Jim Thorpe on Saturday, June 24 at 7:30 p.m. Lehighton hard rockers Another Day Dawns will be opening the show. Tickets, which are $32 […]

From a press release: The 20th annual Millennium Music Conference & Showcase is set for Feb. 19-21, 2016 at the Best Western Premier, the Central Hotel and Conference Center and 30 showcase venues in and around Harrisburg, so now the conference is looking for at least 100 original acts to perform via Sonicbids and ReverbNation. […] 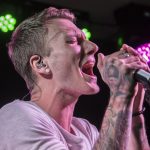 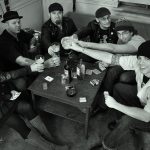