With “Fantastic Beasts: The Crimes of Grindelwald” in theaters now and Harry Potter fandom still going strong 21 years after the character’s literary debut (spawning new events like Wizardfest), Scranton progressive/alternative rock band Eye on Attraction is digging up a nearly 20-minute “wizard rock” song they wrote years ago and playing it live in its […]

From a press release: Wizards, witches, sorcerers, and the half-blood prince will need to make a special trip to Diagon Alley for a fresh pair of dress robes because Wizardfest is flying into West Scranton. The touring Harry Potter-themed dance party will transform the new music venue Stage West (301 N. Main Ave., Scranton) into […]

D.G. Yuengling & Son in Pottsville may be known nationwide for its craft beer, but now Yuengling’s Ice Cream will be famous in the Hogwarts School of Witchcraft and Wizardry and the Three Broom Sticks thanks to a new flavor it has debuted this week. On Monday, March 20, Yuengling announced that Butterbeer will be […]

Like Fawkes rising again from his own ashes, the wizarding world of Harry Potter is back in “Fantastic Beasts and Where to Find Them.” This time, however, there’s a distinct lack of boys who lived. Instead, audiences are treated to a journey through 1920s New York City through the eyes of introverted magical beast aficionado […] 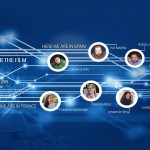