Comedian, actor, and musician Jack Black has dropped hints about playing a real-life polka king in various interviews for a while now, and now it has been confirmed that he will produce and star in a biopic of Pennsylvania polka superstar Jan “Lewan” Lewandowski called “The Man Who Would Be Polka King.” Based on the […]

Joe Nardone’s Gallery of Sound has released a list of the bestselling albums in 2015 in their three Northeastern Pennsylvania stores, and it shows just how diverse the musical tastes of the area really are. There are 24 albums listed below, but Five Finger Death Punch and Iron Maiden are listed twice due to sales […]

Hazleton hip-hop artist Nate Williams has been rapping since 2013 after “the loss of a close friend, and a promise to said friend,” prompted him to starting recording his material. Originally from Lake Ariel, Williams releases all his own music, recording his latest track, “God Bless the Dead,” at Royal Bloodlines Productions. It only took […]

Record Store Day, an annual celebration of independent record stores, may only come once a year, but music lovers will get a second chance to pick up some special edition vinyls, collectors’ items, and more on Black Friday. While the store owners and employees that organize Record Store Day acknowledge that the idea of Black […] 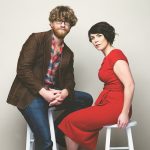 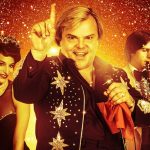