From a press release: It has been announced that stand-up comedian, actor, author, and playwright Lewis Black is taking his Rant, White and Blue Tour to the Sands Bethlehem Event Center on Friday, Oct. 27 at 8 p.m. and the Hershey Theatre on Saturday, Oct. 28 at 8 p.m. Tickets for the Bethlehem show, which […]

From a press release: Television personality, author, and Food Network star Alton Brown, who created a new form of live entertainment with his first live culinary variety show, is bringing his “Eat Your Science” tour to the Hershey Theatre on Tuesday, Nov. 7 at 7:30 p.m. Tickets for this show, which are $42.35, $52.35, $62.35, […]

From a press release: It was announced today with a “Funny or Die” video that multi-platinum-selling rock bands Linkin Park and Blink-182 are coming together for two huge “Welcome to Blinkin Park” shows at Citi Field in New York City on Friday, July 28 and Hersheypark Stadium on Sunday, July 30 at 7 p.m. with […]

From a press release: It seemed the closest that Tool would get to Northeastern Pennsylvania on their 2017 touring schedule would be their upcoming appearance at the Governors Ball Music Festival on Randall’s Island in New York City, but it was announced today that the platinum-selling progressive metal band will be stopping at the Giant […]

From a press release: As it continues to expand its availability in new states like Indiana, the local lager proves that it’s just as popular across the country as it is here in Pennsylvania. This week, the Brewers Association, the not-for-profit trade group representing small and independent craft brewers, released its annual lists of the […] 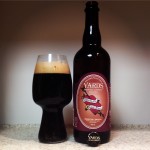 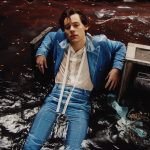