While the Peach Music Festival and Camp Bisco have wrapped up for the year, Montage Mountain Waterpark in Scranton isn’t done hosting live music for the season. Today, the venue adjacent to The Pavilion at Montage Mountain announced Midsummer Shred, a live rock show on the stage inside the waterpark. The new all-ages event on […]

As the official craft beer of the eighth annual Peach Music Festival, Tröegs Independent Brewing is coming from Hershey to Scranton this weekend to pour brews from Thursday, July 25 through Sunday, July 28, including one brand new beer made specifically for the festival. In addition to Perpetual IPA, Field Study IPA, Sunshine Pils, and […]

From a press release: Today, legendary metal band Slayer announced the dates of The Final Campaign, the last leg of their worldwide farewell tour that began in 2018 and stopped in Scranton last summer. This seventh and final leg of the tour will start in Asheville, North Carolina and see the band taking its goodbye […]

From a press release: Following a summer tour with Blondie, Elvis Costello & The Imposters will hit the road again in October as the sole headliner of the Just Trust Tour, which stops at the Hershey Theatre on Thursday, Oct. 24 at 7:30 p.m. Tickets, which start at $47.85, plus applicable fees, go on sale […]

From a press release: Multi-platinum, award-winning artists Blink-182 and Lil Wayne have announced they’ll be hitting the road together for the first time ever on a co-headlining tour across North America this summer. Welsh pop punk band Neck Deep will join them on all dates as special guests. Produced by Live Nation, the massive 38-city […]

From a press release: In a statement released today, Ozzy Osbourne announced that he will postpone all his 2019 tour dates in North America and Europe – including a scheduled stop at Hersheypark Stadium in Hershey on Saturday, June 8 with Megadeth – as he recovers from an injury sustained while dealing with a recent […]

From a press release: Following the release of his new comedy album last week, it was announced today that comedy superstar Adam Sandler will perform at the Giant Center in Hershey on Saturday, June 22 at 8 p.m. as part of his 100% Fresher Tour. Tickets, which start at $42.35, plus fees, go on sale […] 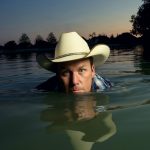