From a press release: The Lackawanna Historical Society has announced two fall programs to benefit the Society in November. On Saturday, Nov. 8, the Society will host the premiere of a student documentary about the 1881 fire at that destroyed St. Patrick’s Orphanage. The program will be held in the auditorium at All Saints Academy […] 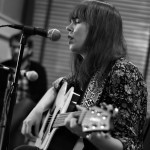