Ramen noodles may be seen by most Americans as an instant dinner for poor college students, but not after Peculiar Culinary Company is done with it. The Pittston-area catering and pop-up restaurant concept recently announced a much more high-class Peculiar Ramen Night set for Saturday, Jan. 21 at their home base (30 Center St., Hughestown), […] 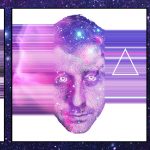