If you’re one of those people who finds rock music too whiny, preachy, or boring these days, American Evil just may be the swift kick in the balls you’ve been looking for. Right out of the gate, it’s easy to understand what these guys are all about – partying hard and rocking even harder, unapologetically […]

From a press release: Previously held in Pittston, Wilkes-Barre metal band Beyond Fallen will bring their annual Heavy Halloween concert to the Irish Wolf Pub in downtown Scranton this year on Friday, Oct. 28 at 9 p.m. with Shallow Ground and Wrath of Typhon. The show is 21+, and the cover is $5 at the […]

From a press release: On Saturday, May 7, local electronic powerhouse Quoth will release his sixth studio album, a full-length masterpiece entitled “The Jooks.” He has called the album “a span of emotions dealing with happy to dark and everything in between.” “The Jooks” will encompass all of the elements Quoth fans love – bass, […]

From a press release: On Saturday, March 19, Hectic Management and Promotions brings another chapter of eclectic music to the Irish Wolf Pub in downtown Scranton. NEPA Musical Mixer VII not only has a mix of genres, but also a variety of brand new artists and seasoned performers. Owner Stephanie Hill is proud to feature […]

Walter Prezelski, better known throughout the Northeastern Pennsylvania music scene simply as Walter Prez, was the definition of a true original. If that wasn’t apparent in his towering stature, long hair, black shirt with checkered pants, and iconic top hat complete with a bright red flower on the side, it was clear in his distinctive […]

From a press release: On Saturday, Jan. 2 at the Irish Wolf Pub in downtown Scranton, Hectic Management and Promotions will be celebrating a major milestone – the first anniversary of the NEPA Musical Mixer. Over the past year, the company has organized events that showcase a mix of genres and the incredible local musical […] 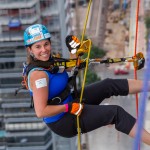