Almost a year after the Iron Horse Movie Bistro suddenly closed its doors, news came over the weekend that the downtown Scranton movie theater will reopen under new management before the end of 2018. Located across the street from the Marketplace at Steamtown, the theater will be taken over by a brand new company called […]

After conflicting messages were posted on Facebook yesterday by the Iron Horse Movie Bistro and the adjacent Marketplace at Steamtown in downtown Scranton, the owner of both businesses, John Basalyga, clarified that Iron Horse will be temporarily closed while he seeks a new management company to run the movie theater. At midnight on Saturday, the […]

At midnight last night, the Iron Horse Movie Bistro in downtown Scranton announced suddenly on Facebook that it would be closing its doors after less than a year in business, though the adjacent Marketplace at Steamtown claims this is only temporary. Run by Phoenix Theatres Entertainment in Knoxville, Tennessee, the theater’s simple Facebook post thanks […]

I’m a lover of film – a cinephile, if you will. I see, at minimum, a movie in the theater per week. Observant readers have probably seen my movie reviews on this very website. So, like so many other film fans in Northeastern Pennsylvania, I was incredibly excited when I found out that downtown Scranton […] 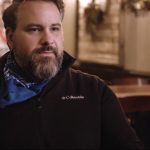 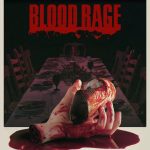