From a press release: Jaimoe’s Jasssz Band, led by The Allman Brothers Band founding drummer Jai Johanny Johanson, will visit the F.M. Kirby Center in Wilkes-Barre on Saturday, Jan. 13, 2018 at 8 p.m. as part of the venue’s “Live from the Chandelier Lobby” concert series, sponsored by City Market & Café. Tickets, which are […]

From a press release: Penn State alumni representing four northeast regional campuses will be offering “A Night of Penn State Jazz” at the F.M. Kirby Center in Wilkes-Barre on Thursday, Oct. 26. A pre-event mixer is planned for 6:30 p.m. when the doors open. The concert, featuring Penn State’s Centre Dimensions jazz ensemble, will begin […]

From a press release: The Duke Ellington Orchestra, originally led by the most prolific American composer of the 20th century, will perform at the F.M. Kirby Center in Wilkes-Barre on Saturday, Aug. 12 at 7 p.m. All seats are just $10, plus applicable fees, thanks to underwriting from the Pennsylvania Council on the Arts. Tickets […]

From a press release: The Riverfront Parks Committee and the Performing Arts Institute of Wyoming Seminary will host a free jazz concert series on the River Common in Wilkes-Barre on the remaining three Thursdays in July. “Jazz in July Along the River” will be held from 7 p.m.-9 p.m. on July 13, 20, and 27 […]

From a press release: Trombone Shorty & Orleans Avenue will bring their hard-edged funk, hip-hop beats, rock dynamics, and improvisation in the great tradition of jazz to the Sherman Theater in Stroudsburg on Thursday, June 15 at 8 p.m. Tickets, which are $36 for standing general admission and $44 for balcony seats, are on sale […]

From a press release: Jump, Jive an’ Jazz, which was originally intended to be an intimate evening of world-class jazz featuring the region’s finest jazz musicians, has now somewhat taken on a life of its own. As fate would have it, this event has become a vehicle to celebrate the music and influence of a […]

From a press release: For the 18th consecutive year, WVIA-FM’s “All That Jazz” with George Graham presents comprehensive coverage of the Delaware Water Gap Celebration of the Arts Festival. Enjoy 10 nights of extraordinary jazz music starting Monday, Nov. 2 at 7 p.m. on WVIA-FM. WVIA’s broadcast is presented in memory of COTA co-founders Rick […]

From a press release: For the 17th consecutive year, WVIA-FM’s “All That Jazz” with George Graham presents comprehensive coverage of the Delaware Water Gap Celebration of the Arts Festival. There will be 10 nights of extraordinary jazz music starting Monday, Nov. 17, 2014 at 7 p.m. on WVIA-FM. The series will feature music from performances […] 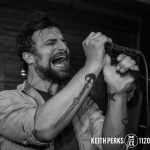