From a press release: Lackawanna County is seeking visual and performing artists who enjoy working with children ages 4-12 to be a part of the Art in the Park program this summer. The program takes place outside under a pavilion and/or tent. Each visual artist will have his or her own picnic table. Performing artists […]

Last month, the future of Jermyn outdoor music venue Mountain Sky was uncertain at best after Scott Township shut it down mid-season for not having the proper permits in place, but after meeting with council and talking things over with township residents, it seems that they’ll be back just in time for Still Grateful Fest […]

Last week, NEPA Scene was the first to report that Mountain Sky, the outdoor music venue that has been hosting concerts in Jermyn for years, was suddenly shut down by Scott Township. At the time, it wasn’t clear why this had happened, but the third annual Still Meadows Revue festival with the Still Hand String […]

Mountain Sky, the outdoor music venue in Jermyn that has hosted live concerts throughout the spring and summer, just announced online that they’ve been shut down by Scott Township. It’s unclear yet as to why this has occurred or if Mountain Sky will reopen, but the group that has occupied the 117 acres of historic […]

Scranton indie pop duo Skip Monday just launched their new YouTube channel with a fresh and unexpected take on the traditional folk song “The House of the Rising Sun,” made popular in 1964 by The Animals. Filmed by Imattie Films at Mountain Sky in Jermyn, they were joined on bass by Frankie Polumbo, a.k.a. Your […]

Mountain Sky is more than just an outdoor concert venue in Jermyn – it’s a family, and they’ll prove that again with their first annual “Adopt the Nursing Home” Christmas Gathering. Mountain Sky is adopting the Carbondale Nursing and Rehabilitation Center (10 Hart Place, Carbondale) this year, asking participants to pick one resident and help […] 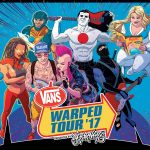