From a press release: The Greater Wilkes-Barre Chamber of Commerce has announced the honorees for the 2018 EPIC Awards (Extraordinary People Inspiring Community), which take place tonight at 5 p.m. at the Wyoming Seminary Kirby Center for Creative Arts in Kingston, presented by Wells Fargo. The Innovator the Year Award, sponsored by Penn State Wilkes-Barre, […]

From a press release: As a stunt double for Jaime Alexander on the NBC hit television series “Blindspot,” Kingston native Heidi Germaine Schnappauf spends her days jumping off buildings, running through fire, getting hit by cars, and taking down bad guys. The professional stuntwoman and actor will share her experiences in the talk “Making It […]

From a press release: After holding auditions last month, the Wilkes-Barre nonprofit organization Court Appointed Special Advocates of Luzerne County will host its NEPA Sings! competition on Thursday, April 12 at 5:30 p.m. 12 local performers were selected to compete in the finals, which will take place at the Kirby Center for the Creative Arts […]

After rising success since their formation in 2003, Kingston punk/shoegaze band Title Fight has slowed down in the last two years, only playing sporadic shows here and there despite the high demand. Those who have been waiting to see them again can finally catch them at a benefit concert for their friend Aaron Warman and […]

From a press release: The Wilkes-Barre nonprofit organization Court Appointed Special Advocates of Luzerne County has announced the upcoming NEPA Sings! competition. Auditions will be held on Saturday, Feb. 3 from 10 a.m. until 2 p.m. at the Kirby Center for the Creative Arts on Wyoming Seminary’s Upper School campus in Kingston. 12 performers will […]

From a press release: The Northeastern Pennsylvania Philharmonic will open its 2017-18 PNC Chamber Concert/Fundraising Series at the Kirby Center for Creative Arts at Wyoming Seminary in Kingston on Saturday, Nov. 11 at 8 p.m. The guest soloist will be Chinese pianist Fei-Fei Dong, winner of the Concert Artists Guild Competition and a top finalist […]

From a press release: The Wyoming Seminary Players will present “Urinetown: The Musical” at Wyoming Seminary’s Kirby Center for Creative Arts in Kingston on Friday, Nov. 4 through Sunday, Nov. 6. In a Gotham-like city, a terrible water shortage caused by a 20-year drought has led to a government-enforced ban on private toilets. The citizens […] 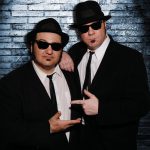 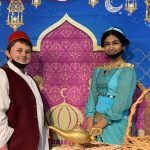 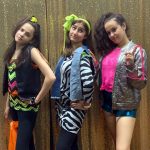