In these chaotic times, Vulturepeak is more prolific than ever with their anarchic mix of post-hardcore, metal, and noise, releasing their second album this year alone, “Snake Body,” this Sunday, March 25 through No Less Records, with more music planned for 2018. Before the Larksville duo rips up stages with Dead Empires, Terrorize This, and […] 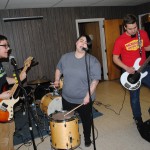 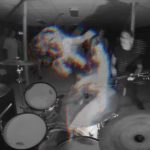