In times like these, some people need positive and reassuring words to lift their spirits and take their minds off the grim situation. Other people accept how bad things are and embrace a dark sense of humor to get them through this harsh reality. If you find yourself in the latter group, the new comedy […]

From a press release: The Mohegan Sun Arena at Casey Plaza in Wilkes-Barre Township announced today that its box office will reopen for event ticket transactions beginning this Tuesday, June 23 at 10 a.m. with a “stimulus incentive.” This plan comes days after Luzerne County entered the green phase of the state’s reopening on June […]

From a press release: As Luzerne County prepares to transition into the yellow phase of reopening this week, local organizations are launching the new Luzerne County Ready Pledge to communicate a commitment made by businesses of all sizes to protect the health, safety, and well-being of their employees and customers during the coronavirus pandemic. Being […] 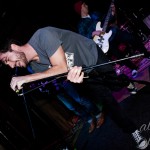