From a press release: The Marywood University School of Social Work has announced that their Center for Social Justice and Community Collaboration will host a solution-focused panel discussion on heroin and opioid addiction in Northeastern Pennsylvania next month. The panel discussion will be held on Tuesday, April 4 at 6 p.m. in the second floor […]

From a press release: The annual Scranton Radical Book Fair and Really Really Free Market, held this year on Saturday, April 9 starting at noon in the Nazareth Student Center at Marywood University in Scranton, aims to promote the ideas of social, environmental, and economic justice in the area. The book fair will include an […]

From a press release: Marywood University’s theatre program will present William Shakespeare‘s “Measure for Measure” on Feb. 27-28 at 7:30 p.m. in the Sette LaVerghetta Center for the Performing Arts in Scranton. Produced and guest-directed by David Zarko, he also adapted the script for nine actors who collectively portray 18 characters while keeping the full […]

From a press release: The Marywood University Theatre Program will conduct a workshop titled “The Hidden Path: A Way Into Theatre” that focuses on the workers behind-the-scenes of a production on Saturday, Feb. 7 from 10 a.m.-2:30 p.m. in the Sette LaVerghetta Center for the Performing Arts (2300 Adams Ave., Scranton). A description of the […] 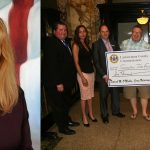