For seven years, Samantha Ruddy’s career in stand-up comedy has built up to this moment. After her big break on “The Late Show with Stephen Colbert” and landing a job on “Full Frontal with Samantha Bee,” she released her debut comedy album one month ago… the same day a national emergency was declared in the […]

Following her network television debut on “The Late Show with Stephen Colbert” on CBS in January, Scranton-born comedian Samantha Ruddy is returning home from New York City to headline a night of stand-up comedy in Shopland Hall at the Scranton Cultural Center at the Masonic Temple on Saturday, March 23 at 8 p.m. She will […]

Labor Day has come and gone and we are heading towards fall, so what that means for this writer is a continuing the tradition here on Turn to Channel 3 as we devote the entire month of September to the Nintendo 64 console and its library of titles. Another “64 September” begins today with a […]

One of my favorite things to do, whether in writing these reviews or running my store in Mayfield, is shedding light on some hidden gems and, today, we’re going to do just that. In the short lifespan of the Sega Saturn, there are a ton of games that slipped under the radar, but not all […]

One of my favorite things to do at my shop in Mayfield is educate the young ones on things they don’t know about. I think, perhaps, this is to prevent those “Teens React” videos that make me sigh and desire to flick them on the forehead. Then again, shame on you parents out there for […]

After the debauchery of April’s “Foolishly Bad Games” month, I treat myself, and hopefully you as well, to some of my favorite games. As May 1 is my birthday (it was wonderful), I often look back at the games that have shaped my childhood and have now become a part of the stories and information […]

From a press release: NEET Center Associates LLC has announced the acquisition of the former Lackawanna Business Center in Mayfield to redevelop the 95,000 square foot mixed use building into the Northeast Environmental and Technology Center (The NEET Center). The redevelopment of the existing building into The NEET Center will provide an opportunity for entrepreneurs […] 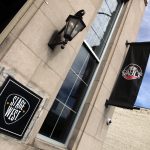 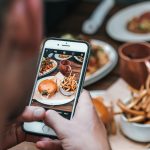