From a press release: It was announced today that glam metal bands Winger and FireHouse, known for platinum hits in the late 1980s and early ’90s, will perform at Penn’s Peak in Jim Thorpe on Friday, March 25. Doors at Penn’s Peak (325 Maury Rd., Jim Thorpe) open at 7 p.m., and the music starts […]

From a press release: Today, Massachusetts metalcore band Killswitch Engage announced that their Atonement Tour with August Burns Red and Light the Torch has been rescheduled and will stop at the Sherman Theater in Stroudsburg on Monday, Jan. 31. “The long wait is finally over. We worked very hard to carefully piece this tour back […]

The Electric City Music Conference is partnering with Wilkes-Barre photographer Keith Perks of 1120 Studios for a special XIXX show called “25 Years and Counting.” According to organizers, the show is “dedicated to all those that have been affected by cancer, not just the patient, but also the family and friends that fight by their […] 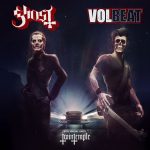 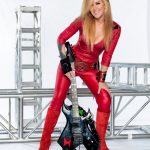