From a press release: Northeastern Pennsylvania will celebrate National Yoga Month with the first annual NEPA Yoga Festival on Saturday, Sept. 12 from 10 a.m.-10 p.m., rain or shine, at Montage Mountain in Scranton. In addition to promoting an overall healthy lifestyle, the festival is focused on yoga. It will offer a diverse array of […] 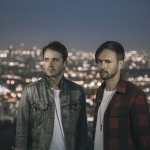