From a press release: Two average teens’ lives are flipped downward dog when they discover that the convenience store where they work is sitting above an army of evil bratwursts. Fathom Events, in partnership with Invincible Pictures and SpectiCast, brings Kevin Smith’s “Yoga Hosers” premiere party to U.S. cinemas for one night only on Tuesday, […]

From a press release: “Digimon Adventure tri. – Chapter 1: Reunion” has already delighted audiences across its native country of Japan. Now, this new chapter in the wildly popular anime series is set to make its U.S. premiere on Thursday, Sept. 15 at 7 p.m. when Fathom Events, Eleven Arts, and Toei Animation bring “Digimon […]

From a press release: The NativityMiguel School of Scranton will host a Food Truck Festival at PNC Field in Moosic on Saturday, June 4 from noon until 5 p.m. 11 trucks have committed to the event: The Sweet Lush Cupcake Camper, PananaMan, Manning’s Mobile Ice Cream Shoppe, Southwest Savory Grill, Peculiar Culinary Company, Notis the […]

From a press release: Rapper Fetty Wap, known for his 2014 debut single “Trap Queen,” will be making a guest appearance at Performance Kia in Moosic on Saturday, April 23 to help the car dealership celebrate its one-year anniversary. The limited engagement will include a meet and greet and professional photos with the New Jersey […]

From a press release: Live Nation Entertainment Worldwide, Inc. and Legends Hospitality have announced that The Pavilion at Montage Mountain in Scranton will be holding a job fair on Saturday, March 5 with the intent of filling over 500 part-time positions for the 2016 summer concert season. The job fair will be held at The […]

From a press release: Be part of the legendary event “Queen: A Night in Bohemia” when Fathom Events, More2Screen, and Eagle Rock Entertainment bring the Rock and Roll Hall of Famers’ 1975 concert and a never-before-seen documentary to select U.S. movie theaters nationwide on Tuesday, March 8 at 7 p.m. This groundbreaking concert has been […]

From a press release: On Monday, Feb. 29, experience “An Evening With Neil Young” when Fathom Events, Warner Bros. Records, and AARP present a special one-night screening of the critically-acclaimed post-apocalyptic musical comedy “Human Highway,” along with the iconic musician’s concert feature “Rust Never Sleeps,” in select movie theaters nationwide live at 8 p.m. The […]

From a press release: It’s time to get out your pink dress, snag a date, and dance your way to the nearest movie theater because “Pretty in Pink” comes to the big screen on Sunday, Feb. 14 and Wednesday, Feb. 17 at 2 p.m. and 7 p.m. both days to celebrate its 30th anniversary. Relive […] 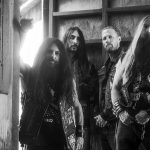 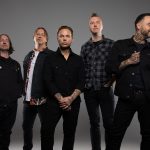