On the 10th anniversary of his death, many articles have been published today memorializing Peter Steele, the singer, songwriter, and bassist of gothic metal band Type O Negative, but only a few mention that he passed away in Scranton. That may seem like an unlikely place for a rock star to reside, but public records […]

From a press release: Lehigh Valley punk rock trio Blind Choice will make their debut at The V-Spot in Scranton on Friday, Feb. 15 at 9:30 p.m., which also marks the band’s 100th live show. Comprised of Dylan Pysher (guitar and lead vocals) and Matt Habrial (bass) of Pen Argyl and Tanner Snyder (drums) of […]

From a press release: Pen Argyl punk rock trio Blind Choice will officially release their new EP, “Mental Scars,” this Friday, Oct. 12 and debut some of their new songs live at Octoberfest at Electric City Harley-Davidson in Dickson City on Saturday, Oct. 13 with Another Day Dawns and The Holtzmann Effect. The young rockers […] 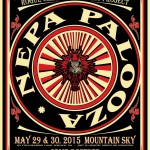