Last month, Motionless In White released their new single, “570,” which pays homage to their hometown of Scranton, right down to the song’s album art, which features the Electric City sign glowing through a dark, cloudy night. Today, the metal band has unleashed their lively music video for “570,” named after the city’s area code. […]

Goth rockers Motionless In White released a brand new single today, “570,” that gives fans their first listen of the band’s upcoming fourth studio album while looking back at where it all started – their hometown of Scranton. Referencing the city’s area code in its title, the lyrics to “570” seem to describe the journey […]

From a press release: Monster Energy Rock Allegiance returns to Talen Energy Stadium (formerly PPL Park) in Chester, just outside Philadelphia, on Saturday, Sept. 17 and Sunday, Sept. 18 with a lineup of over 35 bands on three stages, led by Avenged Sevenfold and Alice in Chains, along with Wilkes-Barre’s Breaking Benjamin, Slayer, The Offspring, […]

From a press release: The complete lineup for the 2016 Vans Warped Tour, presented by Journeys, has finally been revealed. With a lineup that in many ways signals a return to the tour’s roots, the 22nd edition of Warped Tour welcomes back several fan favorites, including New Found Glory, Tonight Alive, Less Than Jake, Yellowcard, […]

From a press release: Coming off of their recent No. 1 album on the Billboard Top 200 chart in the U.S. with “Dark Before Dawn” last week, Breaking Benjamin have been confirmed to headline the inaugural Axes & Anchors music cruise, which is set to depart Miami on Feb. 20, 2016 and sail to Key […]

Scranton goth rockers Motionless In White just premiered the music video of their fourth single from “Reincarnate,” their first No. 1 album that was released last year. “Break The Cycle” shows singer Chris Motionless going insane as evil visions appear in the mirror in front of him as the band performs the hook-laden, fast-paced song […] 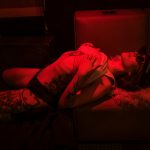 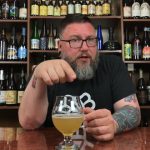 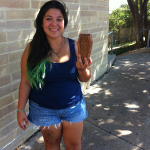