The Vans Warped Tour rolled into The Pavilion at Montage Mountain in Scranton once again on July 21, mixing bands from various genres and including some established names among the many younger up-and-coming acts. The usual backstage shenanigans on this hot (and occasionally rainy) summer day were well-documented on social media… SILVERTOOTH is about to […]

52 acts performing over two days for free in an open field in the middle of nowhere. Yes, it was as crazy and awesome as it sounds. Yardstock continues to grow each and every year, and the third annual independent music festival was bigger and better than ever with music kicking off at 2 p.m. […]

From a press release: The Pennsylvania Blues Festival will showcase a weekend of world-class music featuring 17 national and international acts from throughout the United States and Canada over the weekend of July 24-26 at Split Rock Resort in Lake Harmony. Headlining Saturday, July 25 is the “Queen of the Blues,” superstar Shemekia Copeland, and […] 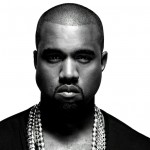