From a press release: Today, the F.M. Kirby Center in Wilkes-Barre announced its spring lineup of new all-virtual shows produced for students and young audiences. All six videos in the Young People’s Theater Series are available free of charge to teachers and parents and are available to stream at any time during the duration of […]

From a press release: NAC Entertainment and the Broadway Theatre League of Northeastern Pennsylvania announced this week that the next season of Broadway in Scranton shows at the Scranton Cultural Center has been rescheduled “as COVID-19 continues to uproot even the best-laid plans.” Those plans were set to begin next week with “Buddy: The Buddy […]

From a press release: It has been a difficult year for theatre, but the annual Scranton Shakespeare Festival adapted to the coronavirus pandemic in a number of ways, releasing four shows as radio plays and looking back on its ninth season in a series of podcasts. Now the festival is ending 2020 with a newly […]

From a press release: Today, the F.M. Kirby Center in Wilkes-Barre announced the first show in this season’s all-virtual Young People’s Theater Series, “Santa’s Enchanted Workshop.” The stream is available now to homeschoolers, pre-school-age children, and older children through their school curriculum at no cost. Teachers and parents can visit kirbycenter.org for more information. Questions […]

From a press release: COVID-19 has taken its toll on many businesses, but those in the arts have been particularly hit hard. Act Out Theatre Group in Dunmore has modified its upcoming schedule to allow some events to carry on so that children and teens can continue to pursue their creativity during this challenging time. […]

From a press release: NAC Entertainment and the Broadway Theatre League of Northeastern Pennsylvania have announced the new Broadway in Scranton season. Featuring four season shows along with three specials, the season begins in February of 2021 and runs through August at the Scranton Cultural Center at the Masonic Temple. Before the new Broadway in […] 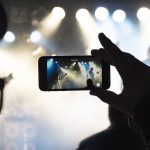 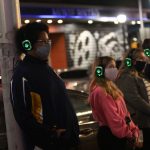