From a press release: Newly formed Northeastern Pennsylvania electronic group Spectre will release their debut album, “Jam the Transmission,” on March 18. The duo consists of local powerhouses Quoth and The Gary Goblins and was born in June of 2016 when the two had an impromptu jam session that spawned their debut album, a perfect […]

From a press release: On Saturday, May 7, local electronic powerhouse Quoth will release his sixth studio album, a full-length masterpiece entitled “The Jooks.” He has called the album “a span of emotions dealing with happy to dark and everything in between.” “The Jooks” will encompass all of the elements Quoth fans love – bass, […]

From a press release: On Saturday, March 19, Hectic Management and Promotions brings another chapter of eclectic music to the Irish Wolf Pub in downtown Scranton. NEPA Musical Mixer VII not only has a mix of genres, but also a variety of brand new artists and seasoned performers. Owner Stephanie Hill is proud to feature […]

From a press release: On Saturday, Jan. 2 at the Irish Wolf Pub in downtown Scranton, Hectic Management and Promotions will be celebrating a major milestone – the first anniversary of the NEPA Musical Mixer. Over the past year, the company has organized events that showcase a mix of genres and the incredible local musical […]

Industrial, ambient, soundscape, and other genres are introduced to the area through NEPA Electrotribe

or the past year, electronic music has slowly infiltrated the local music scene, an underground movement that has started to leave basements and darkened bedrooms and gain traction in small venues across NEPA. This emergence from behind personal computer screens onto public stages began when Ron Boyle, who calls himself Hypnotik Infekted Bloodline, encouraged fellow […] 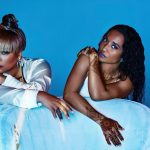