From a press release: After nearly two years, Karl Hall is finally ready to bring concerts back inside. The pandemic closed the intimate all-ages venue in March of 2020, and while it hosted online shows as well as a massive drive-in concert with the Mohegan Sun Arena, the downtown Wilkes-Barre building remained closed into 2021, […]

From a press release: Performance Music at the University of Scranton will present a concert featuring the university’s String Orchestra and guest artist John-Morgan Bush on Saturday, Oct. 30. The concert will begin at 7:30 p.m. in the Houlihan-McLean Center (342 Jefferson Ave., Scranton), situated at the corner of Mulberry Street and Jefferson Avenue in […] 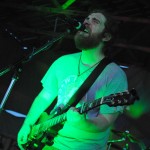 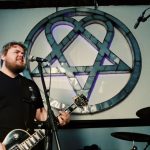