From a press release: Steel Panther, the band that burns more rubbers than NASCAR, is bringing their debaucherous fun to Pennsylvania this September. The glam metal parody group is going to be performing live at two Pennsylvania drive-ins as part of the Fast Cars & Loud Guitars Tour. While it is only two tour dates […]

From a press release: Everyone knows that “The Office” is based in Scranton, so it’s about time that the off-Broadway show “The Office! A Musical Parody” comes to the Electric City. Broadway in Scranton is bringing Michael, Dwight, Pam, Jim, and the gang to the Scranton Cultural Center at the Masonic Temple on Thursday, Sept. […]

From a press release: Glam metal parody band Steel Panther is bringing 1980s Los Angeles back to the Sherman Theater in Stroudsburg on Saturday, March 31 at 8 p.m. as part of their Sunset Strip Live Tour. Tickets, which are $25 in advance or $28 the day of the show, go on sale this Friday, […]

From a press release: What happens when members of the beloved Peanuts gang hit their teen years? Find out when the Act Out Theatre Group presents Bert V. Royal’s “Dog Sees God: Confessions of a Teenage Blockhead” in Taylor, which opened on Jan. 5 and runs through Sunday, Jan. 14. This is not your parent’s […] 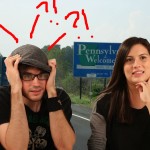