Win a free pair of tickets to see Slipknot and Hatebreed in Scranton on May 13!

Want to win a pair of free tickets to see Slipknot and Hatebreed at The Pavilion at Montage Mountain in Scranton on Wednesday, May 13? This contest is beyond simple – just fill in your name and e-mail address below to be entered! By clicking “Subscribe,” you are subscribing to the NEPA Scene e-mail newsletter […]

From a press release: Kid Rock broke all the rules when he last set out on tour, and now he’s back to break them all again. The “$20 Best Night Ever” tour set all sorts of attendance records, proving that the combination of top notch entertainment and affordable tickets are a win/win for everyone. Now […]

2015 Country Megatickets for The Pavilion at Montage Mountain go on sale Jan. 31

From a press release: The Pavilion at Montage Mountain announced the 2015 Country Megaticket today, a three-show “package” featuring the summer’s hottest country shows at The Pavilion in Scranton, available online only through megaticket.com. The 2015 Country Megaticket gives concertgoers the chance to buy tickets first, weeks before the individual show tickets are available. The […]

From a press release: Roadrunner recording group Slipknot has announced details of their upcoming spring headlining tour. The next North American leg of the Grammy Award-winning rock juggernaut’s phenomenally successful “Prepare for Hell” world tour, featuring special guests Hatebreed, gets underway this April and stops at The Pavilion at Montage Mountain in Scranton on Wednesday, […] 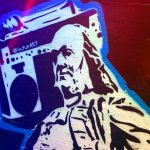 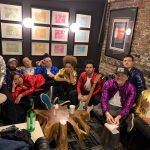