From a press release: They have a “made up mind;” Susan Tedeschi and Derek Trucks are bringing the band to Wilkes-Barre. It was announced today that Tedeschi Trucks Band will visit the F.M. Kirby Center for the Performing Arts on Sunday, Feb. 15 at 7:30 p.m. Tickets go on sale Thursday, Nov. 20 at 10 […] 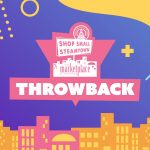